The WISE point spread function has a full-width at half-maximum of about 6" in the W1 and W2 bands used for NEOWISE, which coupled with the large number of sources detected in the deep WISE imaging means that most sources overlap with other sources in the images. To accurately model the photometry of these blended sources, the unWISE team uses the crowdsource analysis pipeline (Schlafly et al. 2018) to simultaneously determine the positions and fluxes of all sources in the unWISE coadds.

The greater depth of the unWISE coadds relative to coadds from the first year of the WISE survey, combined with the crowdsource crowded-field modeling, allows the unWISE team to measure fluxes for roughly three times as many sources as were detected in the AllWISE catalog.

The first release of the unWISE catalog (unWISE DR1) is now hosted at the Astro Data Lab. The co-added images, and resulting catalogs are respectively described in the papers by Meisner et al. (2019) and by Schlafly et al. (2019).

Browse the Data Access page to find out about different ways to use the unWISE DR1 catalog or obtain unWISE image cutouts. 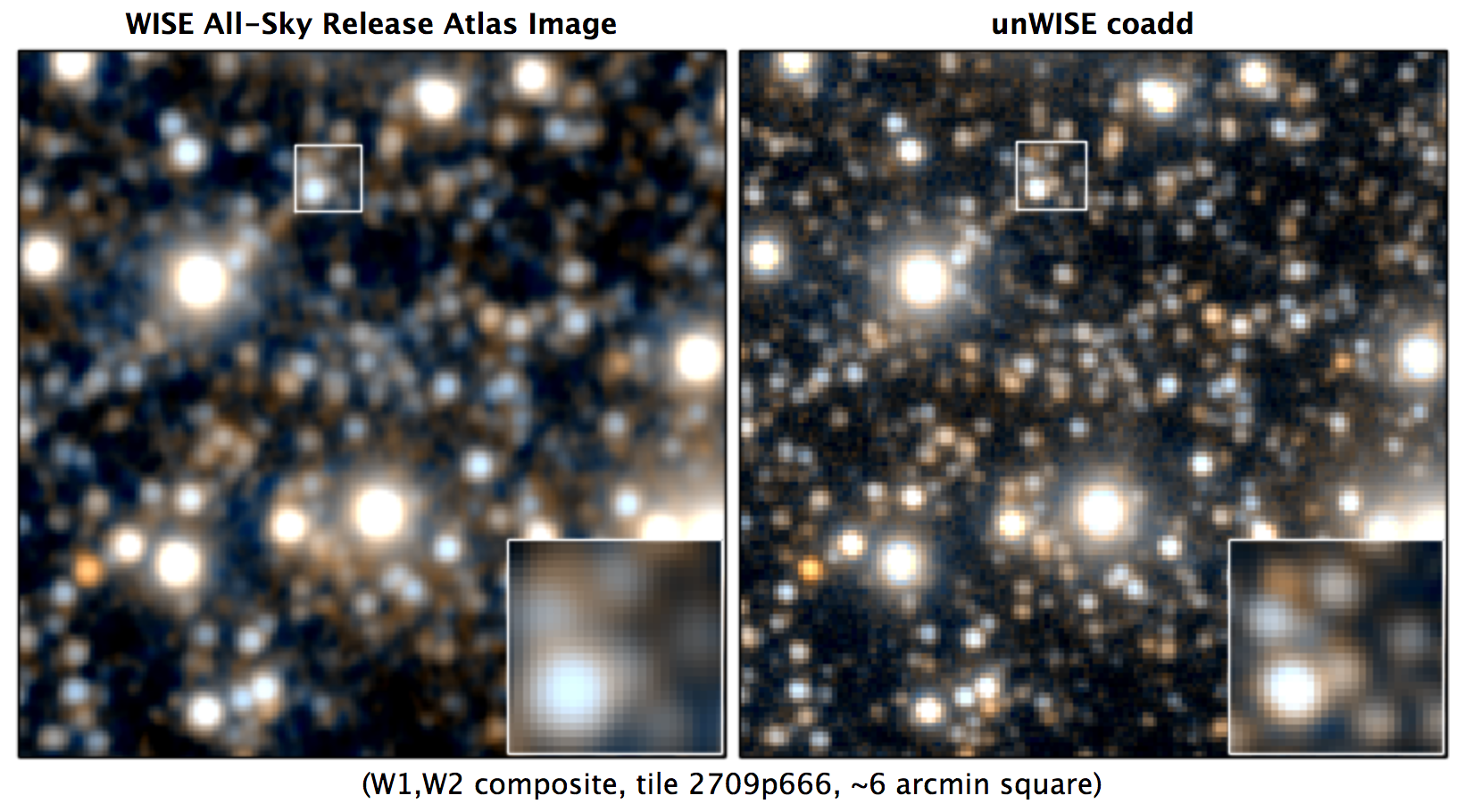